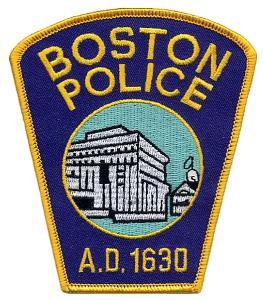 Ronald Malcolm Nelson was born in Boston, Massachusetts, on January 17, 1957, the eldest child of Seleata E. Nelson. Later, Gilbert Emery would become the man whom he loved as his father and with whom he developed a special relationship that he cherished.

Growing up in the Bromley-Heath Housing Development, he was affectionally known as “Ronnie” a nickname that stuck with him throughout his life. Ronnie was educated in the Boston public school system and graduated from Boston High School in 1975. As a young man Ronnie would divide his time between Hyannis, Cape Cod—where he spent time with his close friend Christopher Sweeting (deceased), and his family in Bermuda. As a young man, Ronald knew that he had a passion to be of service to others.

Ronnie’s career to serve others began when he joined the Boston Police Department in 1979 at the tender age of 22—an illustrious career of service that would last for 40 years! Many of Ronnie’s years on the BPD were spent together with his partner, Richard Priest, whom he considered a friend and a brother.

In 1987 Ronald met fellow officer, Elmazine dePeiza who would become his “Forever love”. Their encounter got off to a rough start. It was definitely not “Love at first sight.” It was only after many months of crossing each other paths that both Ronald and Elmazine finally acknowledged that they were destined to be partners for life as man and wife.

On May 24, 2003, with a “Fairytale wedding” in Cancun, Mexico, witnessed by many family, friends, and colleagues, their love match was made official. Ronald gained another beloved son, Dion dePeiza, brothers-in-law of Glenfield Jr. and Alex, and an additional set of loving parents, Ruby and Glenfield dePeiza (deceased) whom he fondly referred to as “Mom and Dad.”

Ronald retired from the Boston Police Department in 2019 to spend more time enjoying his “passions”—cooking, baking, fishing, hanging with his children, and shuttling, (non-driving) Elmazine everywhere, including the casinos. He also loved traveling to many destinations, including New Orleans, Las Vegas, Hawaii, Bermuda, Canada and Mexico. Elmazine and Ronald had so many plans for their future, but sadly, God needed another angel. Ronald’s sudden departure has left us all with memories of a life well-lived. We can only await the time when we will meet again.

To send flowers to the family or plant a tree in memory of Ronald M. Nelson, please visit our floral store.