Read more about the life story of Leroy and share your memory.

Leroy (Keith) Hamilton Jr. was born May 10, 1959, in Boston, Massachusetts. He was the oldest of three children born to Leroy Sr. and Roseanne Hamilton. On Tuesday November 22, 2022, after a courageous 2 ½ year battle with cancer, Leroy was called home to rest and be with his Lord.

He attended Boston Public Schools and graduated from Boston English High School with honors in 1977. After graduating from high school, he attended the University of Lowell majoring in health services administration. As part of his degree requirements, he did an internship at Rest Haven Nursing Home, which was one of the first African American nursing homes in Boston. After completing his degree requirements in 1982, he received his Bachelor of Science degree in health services administration and received his nursing home administration license. He was then offered the position of Assistant Administrator where he worked from 1982 until 1984.

In 1984, he joined the Boston Fire Department as a ladder man on Ladder 21. In 1995, he became a certified EMT for the State of Massachusetts. He transferred to Engine 22 in 1996, where they were the first engine company to become hazmat trained in the City of Boston. He was promoted to Lieutenant in 2001 and remained at Engine 22 for several years. He then transferred to Engine 51 which was a Deacon Company. In 2014, he moved to the Fire Prevention Division where he became certified as an inspector by the Massachusetts Fire Training Academy. His final position was Lieutenant in the Special Hazards Division. He was affectionally known as “Ham” or “Lieu” to his fellow fire fighter brothers.

In 2010, he was introduced to Masonry by Bro. Leo Moss who was a Master Mason. He was initiated into William G. Butler Lodge No.12 in 2011. With the help of several past masters, he was able to move through multiple chairs of the lodge and was the Worshipful Master of the lodge. In talking with brothers of the Craft, he became interested in gaining more knowledge of Freemasonry. Leroy’s final act of Masonry was when he was elevated to the Honorary Degree of 33rd on May 27, 2019.

Leroy was a devoted family man, an avid gardener, and made the best salads and chicken, broccoli, and ziti. He was the jokester and comedian of the family. He was always laughing and was known for his big smile. He was a gentle giant giving as much advice as he could to his children. He was the family photographer capturing all important moments. He was the life of every party as well as the first person on the dance floor. He was always best dressed and made sure he was well put together.

Leroy was able to accomplish all these things by living his favorite scripture, “I can do all things through Christ who strengthens me” Philippians 4:13. He was a faithful member of the Roxbury Presbyterian Church where he really enjoyed the singing and hearing his nephew Chase preach.

Leroy leaves to cherish his memory his loving wife Robin (Lewis) Hamilton, his 4 children Daniqua Carrasquillo (Edwin), Keith Lewis, Ashley Hamilton, and Nicole Hamilton all of Boston, his stepsons Ayowole Aduayi of California, and Rasheem Gilbert of Boston, and 3 grandchildren Edwin Jr., Trejon, and Kayla Carrasquillo of Boston. He is also survived by his mother Roseanne Lewis, 3 sisters Rhonda Hamilton, Deborah Hamilton, and Kelly Lewis, 1 brother Leroy Hamilton, mother-in-law Barbara Lewis, 2 sisters-in-law Barbara Lewis-Thompson and Catherine Gwinn (Stanley), 1 brother-in-law Edward Lewis (Patricia), and his best-friend James Prince all of Boston, as well as a host of other family members and friends. Leroy was predeceased by his father’s Leroy Hamilton Sr. and Geoffrey Lewis and his grandmother Rosalie Thomas.

Leroy touched the lives of many and will be greatly missed by all that knew and loved him.

To send flowers to the family or plant a tree in memory of Leroy Hamilton, please visit our floral store. 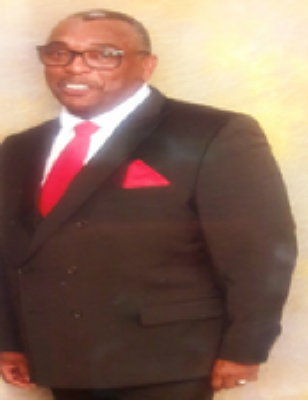