Share a memory
Obituary & Services
Tribute Wall
Read more about the life story of Howard and share your memory.

Howard Lamont Hughes, also known as “Sonny” was the second son of the late Arthur and Gladys (McIlvaine) Hughes. He was born on October 25th, 1942 in Boston, Massachusetts. During his early years of life, he grew up on Cunard Street in Roxbury and moved to Mission Hill in 1952. He attended Jamaica Plain High School where he enjoyed playing basketball. He joined the Drum and Bugle Corps of the Holy Trinity Cadets where he played the bass drum. Howard was devoted to his many careers as he was named the director of the South End Health Drug and Rehabilitation Center, the Director of the Dimock Community Drug and Rehabilitation Center, and also worked as a statistician for the Boston Celtics from 1968-1982. Among his other notable accomplishments, Howard was named by the Mayor of Boston Raymond L. Flynn, as the Executive Director of Boston Against Drugs (BAD) in late 1980’s and finally settling as the Operations Liaison for Massachusetts Water Resources Authority (MWRA) in early 2000s. Howard was a devoted member of Morning Star Baptist Church and was well known throughout the Boston community. Howard retired in 2015 after a long and successful career. After retirement he moved to Navarre, FL with oldest son Christopher.  While in Florida, he became a devoted member of New Life Deliverance Temple Church of Navarre where he was loved and cherished by his NLDTC family. Howard enjoyed his Thursday men’s fellowship along with going on men’s retreats and continuing his relationship with God. As a result of Howard's generous spirit and pleasant personality, he was loved by many.  His life was as beautiful as the smile he wore on his face at all times, and his influence will forever remain in the lives of all who knew him.  Howard quietly departed this life on Friday, November 11th, 2022 at Baptist Hospital in Pensacola, Florida.  He was preceded in death by his parents, two sisters, Shirley Teixeira and Helen Hughes-Manifold, and two brothers Arthur Hughes Jr. and Rodney Hughes. His beautiful life will forever be cherished in the lives of his children: Christopher (Julie) Hughes of Navarre, FL, Mark (Stacie) Hughes of Buford, GA, Allen Harris, Taylor Hughes and Ariana Hughes of Boston, MA; six grandchildren Christopher Hughes Jr., Brittany Hughes, Shanae Hughes, Jamesha King, Madison Hughes, and Mason Hughes; four great-grandchildren Olivia Roman, Jeremiah Duncan, Ma’Rion and Amina Workman; sisters Ayaisha Azizi, Mildred Hughes and Rochelle Wornum; a host of devoted nieces, nephews, cousins and friends; especially his dear best friend Melvin Barrett of 70 years.

To send flowers to the family or plant a tree in memory of Howard L Hughes, please visit our floral store. 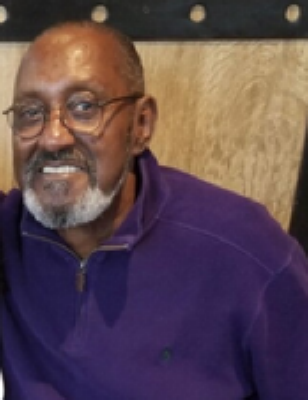