Share a memory
Obituary & Services
Tribute Wall
Read more about the life story of Almaida and share your memory.

Pastoresse Almaida Saint Germain departed this life peacefully in her sleep to be with Jesus, her Lord and Savior on Wednesday January 4, 2023 at her home in Boston where she’s resided for more than three decades, at approximately 6;00 am. She was born in Haiti on August 25, 1920, from the late Elisma Raymond and Flerisia Vilme Raymond. In her 30’s, after a series of trials and life tribulations, she gave herself to Jesus-Christ and received baptism at the Second Baptist Church of Port-au-Prince where she developed a passion for the Lord and committed herself to several activities in the church. As a result of her commitment, she benefited from a station at her home where every Wednesdays her faithful brothers and sister come to pray and refreshed their soul with the word of God through different preachers.

One day, she felt the burden to visit with those who were afflicted by the demonic forces in the remote areas of Leogane, Anse- a-Veau and other parts of the Southern cities of Port Au Prince. She went on several missionary trips where she found those who were hungry for the word of God . She reached out to them by preaching the gospel and with the positive responses she received, she planted a new church. Several years later, she expanded the church at home where all her children were able to accept the Lord as their personal savior. Her ministry faced many challenges and adversaries enough to make her quit, but Pastoress Almaida Saint Germain kept the faith and never gave up on her God. Several Pastors were pleased by her courage and ministry that they decided to ordain her into the Gospel ministry as the first woman Pastor in the community. When she moved to Boston in 1989, she felt devastated to have left her ministry behind as it was a challenge for women to preach in the churches. She was ecstatic to have been allowed as a woman to preach a few times in some churches in Boston. She later was allowed to preach in a few weekly prayer services. She had a powerful gift which was prayer, and God answered those whom she met and prayed for in the community, and in Canada.

Sadly, she became ill in the last twenty years of her life which forced her to pass on her ministry the hands of some preachers in Haiti. She was blessed to have had her oldest and best friend, Sr. Marie Maude Kebreau, to care for her day and night until her last breath. God is Faithful.

We’ve come to understand that, at 102 years old, she had lived a blessed life and she was a blessing for a lot of people whom she has prayed with during her lifetime. The greatest gift she had given to us, was the Gospel. Hallelujah.

The New Jerusalem Evangelical Baptist Church and The Families: Kebreau, Saint-Germain, Francois, Fidelia and Lee, acknowledge with much appreciation, the many expressions of love prayers and supports offered to them during this difficult time, and wish to express their sincere gratitude to all of you.

02368 for a time of fellowship together.

To send flowers to the family or plant a tree in memory of Almaida (Raymond) Saint Germain, please visit our floral store. 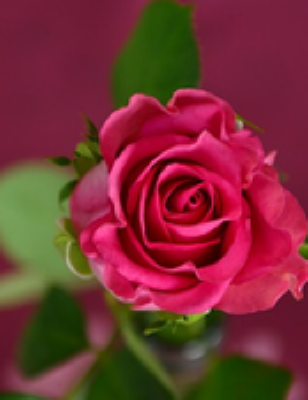